Get it right in camera - but don't dump and run 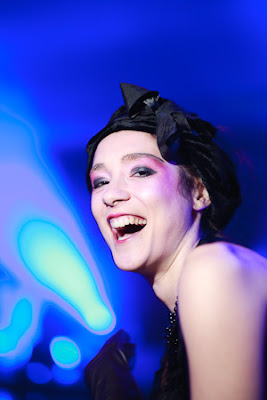 In carrying out my party photography (or any photography for that matter) I make a big deal of the amount of time that I will take to process the images. In looking on the web I've noticed that there is a myth propagated by some that if you have to post process photos then it means you have not got it right in camera.

The people who have the most to gain from perpetuating this myth are the 'dump and run' photographers, some of whom even shoot weddings.

The sales pitch is something like:
I don't do weddings so I'm not interested in discussing them any further but the reason I have mentioned them is that entrusting a wedding to 'dump and run' photographer is the tip of an iceberg in professional photography. I've seen enough truly awful PR photos to know that the practice is endemic there but then with the amount PR agencies are willing to pay for photography they deserve what they get. But a wedding?????

To avoid work in processing images, dump and run photographers get the camera to do the processing for them. At the more skilled end of 'dump and run' a 'picture style' (that's the Canon term) is chosen to try and get as much out of the RAW data collected by the sensor as possible and the camera then produces a .jpg file with which we all are familiar which usually looks better than the RAW - but not always.

(An aside, this auto processing using a 'picture style' in camera is different to auto exposure. In fluid situations almost all professional photographers will use some form of auto exposure - selecting the right form is another story. If you shoot and process the RAW files, you don't have to think about 'picture style' - and most people reading this who shoot .jpg will not anyway realise that a default picture style is being applied and that this on many cameras can be modified. This is part of what happens when you play with scene modes on a decent point and shoot camera; the processing for landscape will be different to portraits.)

The fundamental problem with all this is that if the camera processing is set to produce a punchy image then in many situations the result is over-saturated or too contrasty and looks awful. If the processing is set to a different setting then images can come out dull and lifeless.

Those that preach 'getting it right in camera' and use .jpg are simply relying on a trick performed by the camera processing and most of the time it will do it well enough to get a reasonable result but rarely will it get the best result, a result that truly makes the image 'pop'.

Many cameras can produce .jpgs while at the same time preserving the RAW image data. So two files are produced for every shot. The former will normally look better than the latter initially - but once a skilled photographer has sat down in front of a computer screen and worked on the RAW image file, an image can be produced to knock spots off the camera .jpg.

Why am I writing this? Because I've been asked about my party photos why my "photos look great, not flat like with most flash cameras". There are three reasons:

The reason I'm making the third point is that it's the technique (point 2.) that allows me to get shots which are natural and often missed by the photographer who is still fiddling with the dials to get things right or waiting for the camera to focus when the subject is moving.

I'll get around to technique another time but to give you a teaser, here's some more party images that could not have been obtained using auto exposure or auto focus on the camera and would not look so great if I'd not sat down and processed the RAW files.... 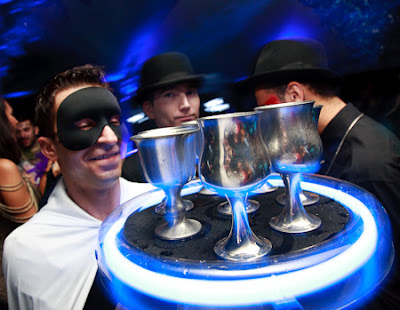 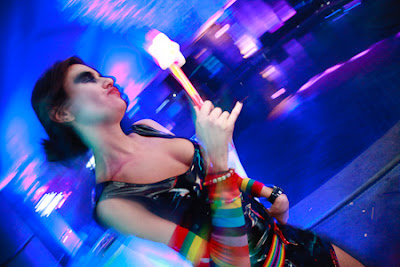 Posted by Scotty H. at 01:33 No comments: Links to this post

Following Thursday morning's excursion along the South Downs Way followed by a stroll from Rottingdean to Brighton Marina, I've posted the better images to my Brighton and East Sussex Stock photos.

There are other images to be seen if you use the word search facility because I've decided not to crowd out the main galleries, which I probably am doing already!

My father was billeted at Roedean school during the war.

I'm going to start a gallery or two soon for what I consider to be the best of my fine art prints - I originally thought that some of the South Downs images should have potential but I'm less certain now.
Posted by Scotty H. at 09:39 No comments: Links to this post

Email ThisBlogThis!Share to TwitterShare to FacebookShare to Pinterest
Labels: Brighton, on the road

Just a walk away

The South Downs Way is one of the major walking routes in the UK and runs the length of the South Downs National Park. I'm not sure of the boundaries of the park but the South Downs Way itself passes a short walk from where I live in Brighton. So with my landscape photographer hat on I used the break in the weather today to get out there and grab some images.

These are the first ones to catch my eye:

At this point I should make a small admission - I cheated and took the campervan to the site of the last image, too lazy to walk the mile to get there.
Posted by Scotty H. at 09:15 No comments: Links to this post

The recent party shoot in Worthing a day after moving home to Brighton was a nice drive along the Sussex coast on the A27. It was at the Worthing Dome cinema - a room above the main entrance is ideal for parties with a verandah overlooking the pier. I remembered the location as featuring in the movie Wish You Were Here which I probably saw in another cinema about 15 years ago.

A huge age range at this party - it was Pete's 40th birthday. Starting the photography when there was still some daylight, plenty of space inside and out, moving towards darkness with a band playing there was opportunity to try out a range of styles, with and without flash. 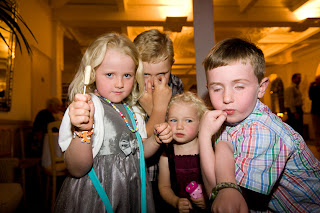 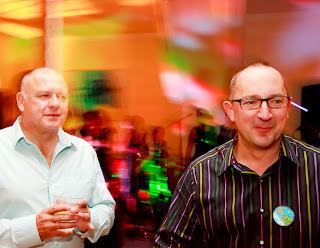 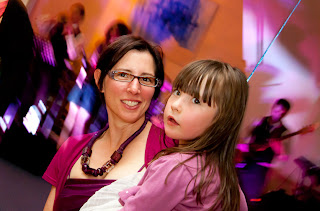 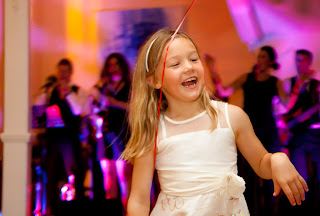 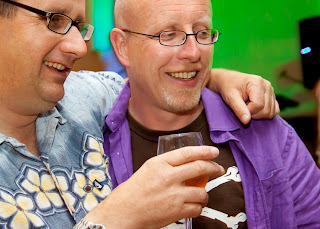 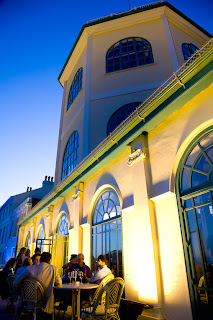 A real location contrast for Tom's 30th birthday party in Soho this weekend. Club Milk & Honey in Soho, London was almost impossible to find - fortunately I'd read as much in doing a little research ahead of the event and found the tiny doorbell which said M & H - all there was to advertise its presence. Inside I discovered a dark and cramped basement cocktail bar with Tom (who did not have a clue I was coming) thrilled to have me join the great atmosphere of his party.

Flash is the essential tool in this environment. While it's great for posed shots, unfortunately the red focus aid that shines onto the subject alerts the person who might otherwise be the subject of a candidly taken shot that a photographer is out there. So for many shots I resorted to manual focus, not that I could see enough to focus in the dark but have set a particular distance I then used my experience to make sure the subject was in the right place. A little risky but the instant response from the shutter means that I nail some great shots.

What I have not mentioned it that I was using the same slow shutter flash technique in all these images except the obvious external shot in Worthing. You'll see the contrast that the background lights make in results from the two venues.

I didn't mention the rain. The only way of getting into Tottenham Court Road station after the event was to wade through an almost ankle deep puddle. Two bootfuls for the journey home. Squelch.
Posted by Scotty H. at 10:40 No comments: Links to this post