When can you use a photo featuring people or businesses commercially? 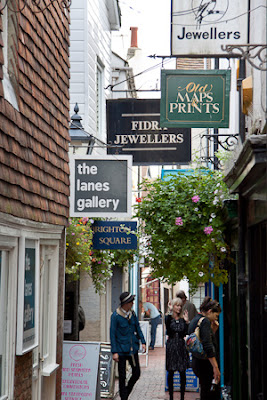 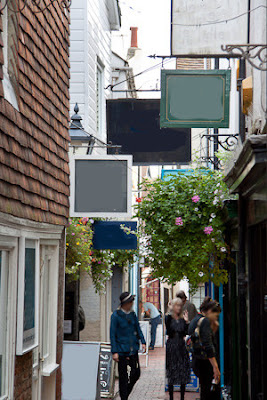 But if the former type of image is not available from the any Royalty Free ("RF") image libraries and if that's because the image is not suitable for commercial use (in the eyes of those libraries) then how could your small business possibly use this image?

What you have to remember is that RF suppliers know they are in the main selling to people who do not want to know about image licensing. But whether they want to know it or not, when someone buys an RF image they are signing up to a huge agreement that allows the RF image library, model or photographer to sue them if the image is misused. If you don't believe me read an RF license agreement!

The issue of releases

As a user of a Rights Managed image, you have to pay more attention to what's going on. So what is the starting point for the business that wants to use this image?
Basic stuff. So with no releases let's now think about one uncomplicated way in which the image can be used - editorially. Indeed the expectation of me, the photographer, is that this is how the image is most likely to finish up being used.What does editorially mean? Here's examples:
Just like for a commercial use, payment has to be made for a license to use the image in these ways. Yes - that includes in a blog.

So how about commercial use? Advertising? On a website?

If I have to generalise, the answer is 'no' - but I don't like generalising because that is what the RF libraries have to do and there are exceptions and if as a business you really want to use the image then there will be ways if you are the right business using the image in the right way.

First of all, it's normally pointless approaching the photographer. How you use the image is about you and the content of the image.

Let's assume that you are a business in the Lanes area of Brighton, not competing in any way with the businesses whose signs feature in the image. There are two approaches you can adopt:
For this image, I'd favour approach 1. The fact is that the businesses featured would probably never know about the image and if they do see it they'd think nothing of it. If there was one business prominently featured over the others and the image was primarily a photo of that business rather than the street scene then it would be a different kettle of fish. Go and get permission!

So what about the people? It's important that the image - and the way you use it - is in the context of a photo of the Brighton Lanes rather than the people featured. You should not be selling a product that might suggest in any way that the people who are incidentally featured in the image support or are modelling for the product. Having considered the situation sensibly you again have two options:

In all this use on a website or in a brochure is going to be probably less of an issue that use in an advertisement. In all this I come back to the words "Be sensible!".  Think about how reasonable people and businesses would act. What if it was you? Or your business?

If you want to be totally safe in life then use RF libraries. And don't drive a car or cross the road.

It is possible to use images with character rather than blandness. You do have to think about what you are doing but if you are blessed with common sense that should not be too taxing. And the photos may cost more, but you'll get over that when they start benefiting your business.
Posted by Scotty H. at 03:49