The opening of the Bevendean Co-operative Pub in Brighton

Now here's a good news for Brighton blog! My photos from last week's opening of The Bevendean Cooperative Pub to the general public.

In front of cameras from ITV, Father John Wall blessed the pub and then dray horses from Harvey's brewery delivered casks of ale to this re-opened Brighton pub known as 'The Bevy'.

> More photos tracing the history of the campaign to reopen this Brighton pub
Posted by Scotty H. at 04:27 No comments: Links to this post

Email ThisBlogThis!Share to TwitterShare to FacebookShare to Pinterest
Labels: Brighton


I have just bought a new Fujifilm X-E2 equipped with the Fujinon XF 18-55mm f2.8-4 zoom lens, a highly rated, all metal, image stabilised but relatively compact piece of kit. I also just bought a £15 lens adapter for Pentax K lenses on eBay to explore whether some of my old manual focus Pentax primes could get decent or even comparable results. And here is a test: 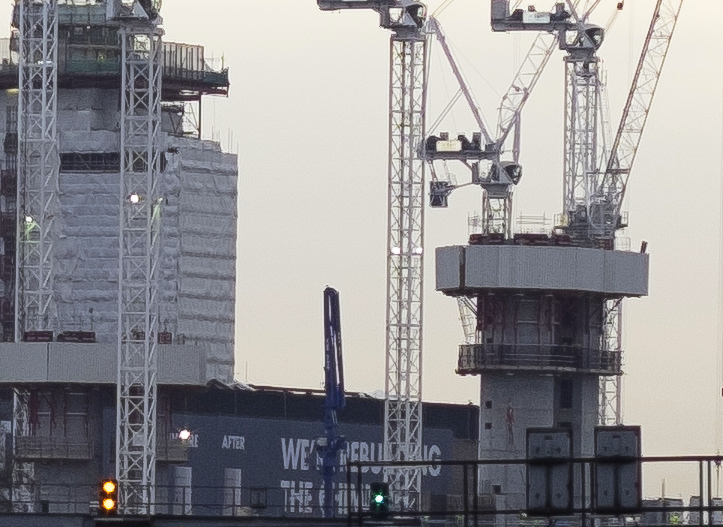 Here is the equivalent, 1/400th sec at f4, with the Fujinon. Again it is handheld, but the Fujinon has the advantage of image stabalisation. 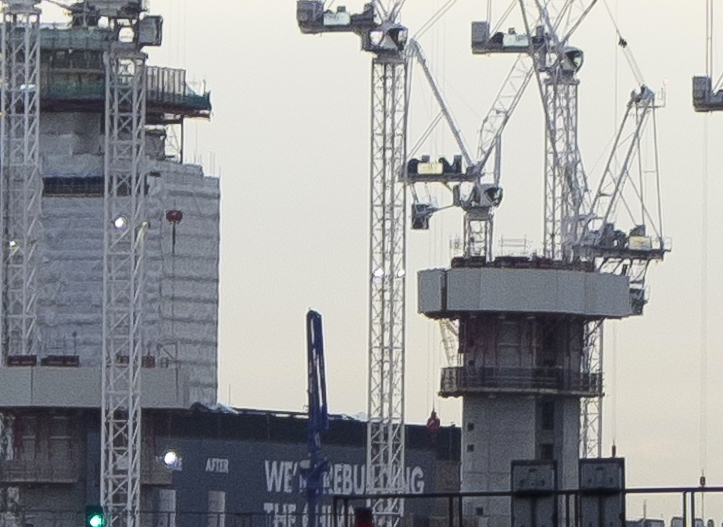 To me the Pentax is clearly sharper.

OK, I am not comparing like with like. One lens is stopped down. The other is a zoom lens at full aperture. But that second lens has the advantage of being 30 years younger, image stabilised and connected to a camera within which software corrects for some of its flaws.

I also had to interpolate the result from the Fujinon by 10% so that side by side they came out the same size. But that really does not cause other than the most minor variation.

The purpose of this comparison was not to make a detailed test, but to test whether the Pentax 50mm might be any good. And clearly it is. I already have a Pentax M 50mm f1.4 and a 35mm f2.0. Since conducting this test I have already bought a mint condition Pentax M 85mm f2.0 to give me a fast 130mm equivalent f2.0 prime. At wider angles, because of the 1.5 factor of magnification, I will be sticking with Fuji lenses, in fact I have already ordered the 14mm.

For completeness here is the original image and some corner shots blown up to 100%:

Posted by Scotty H. at 03:49 No comments: Links to this post

Live music - our gigging at the Drill Festival, Brighton

I've had a bit of a break from the Brighton music scene jn the last month or so but I wanted to get in some new bands before the end of this year and my new music afficionado Jon was heading to the Friday evening of the Drill Festival. With wristband admission to multiple venues I managed four bands at three venues ....

This was the first outing for my new camera, a Fujifilm XE-2, and, to make it all more of an adventure, it was sporting a manual focus Pentax 50mm f1.7 lens which was easy enough to focus except for Savages where the particular back lighting from the stage made it all pretty tricky. I used that lens all night and it should have been the only one I took with me because I stuck with it because I was happy with the way it was working. I had however started the evening with a little Fujifilm 27mm autofocus lens - which I lost - I must have left it on the seating in Audio after changing it at the very start of the evening. Sadly no joy in calling the venue to see if somebody had handed in in.

These and other images are at my Live Music gallery.
Posted by Scotty H. at 08:45 No comments: Links to this post