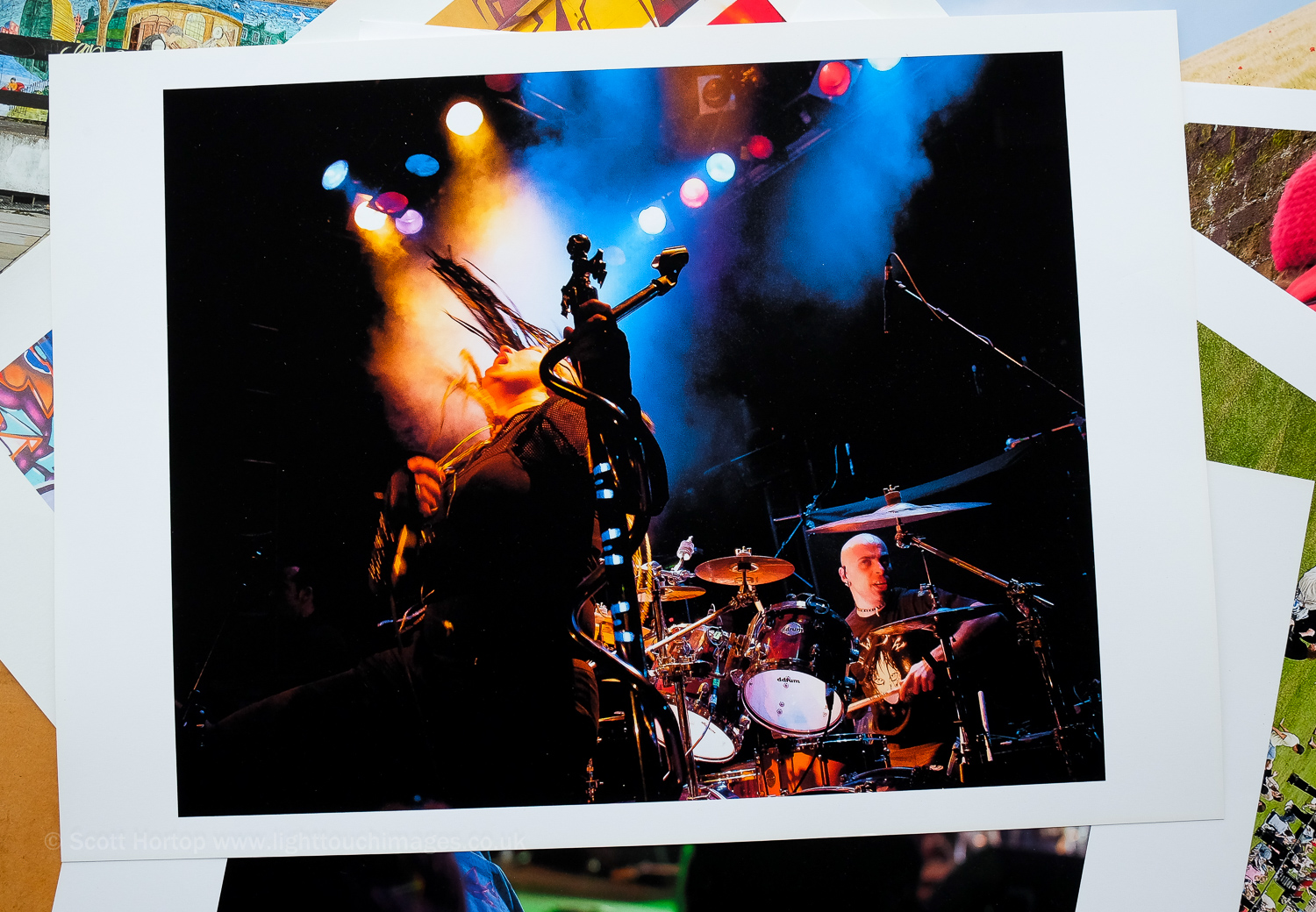 My friend David invited me along to accompany him taking photos of the Italian heavy metal band Exilia at the O2 Academy in London's Islington....

I did some shots backstage before the gig; there I had plenty of time, but when they hit the stage I had three songs to get something decent before being ushered away from the pit with other photographers. It is the first and only time I have been in a pit having to deal with a time limit and tripping over other photographers. The lights were changing all the time but fortunately, everything came together at this moment. Their singer Masha arched her head back into the orange halo. The drummer was caught in another light and the angles were right.

I finished up loving the energy and the composition just seems to work - a print is on the wall at home so that makes this an unlikely piece of art.

For a better view: Exilia live at the O2 Academy