On the evening of the shortest day of the year - the Winter Solstice, 21 December - the streets of the centre of Brighton fill with spectators watching a stunning procession of some 2000 lanterns made and carried by the participants in the annual Burning the Clocks. The final destination of the procession is the beach at Madeira Drive for a fiery finale - this year however, not being prepared for the rain which hit the latter stages,  I only grabbed some photos on the streets of the city centre - added to my gallery of images from Burning the Clocks - Brighton. 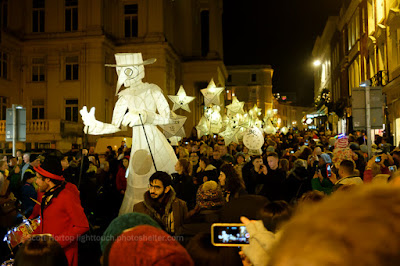 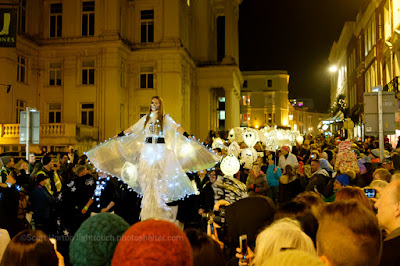 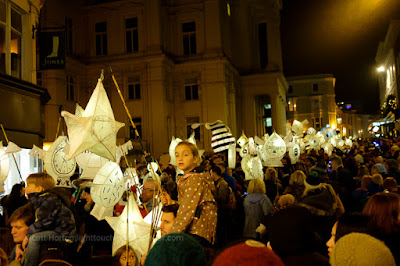 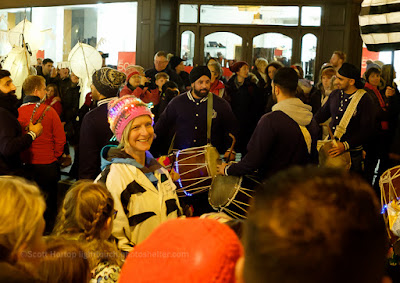 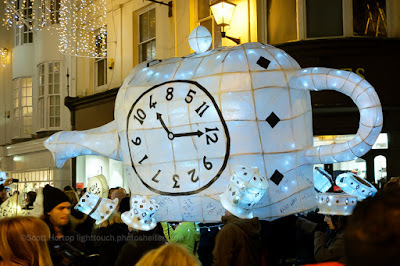 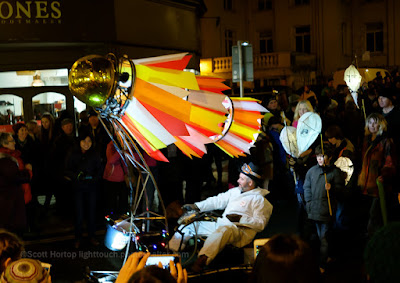 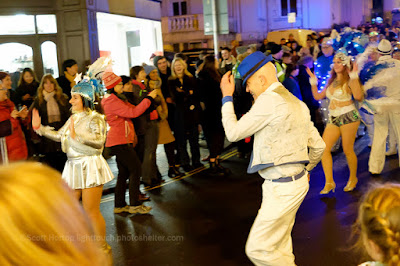 On a more sombre note, this was two nights after the tragedy in Berlin when a bus was driven into a Christmas Market in Berlin. In the subsequent 48 hours there has been many a clamour for all Christmas Markets to be protected. Such a response is short sighted for it assumes that the terrorist is a copy cat. History tells us that they attack where least expected. With thousands crammed onto the streets of Brighton I think the messages of Love and Peace would have to be relied on for protection because the plastic security barrier is not going to stop a juggernaut or hijacked bus. 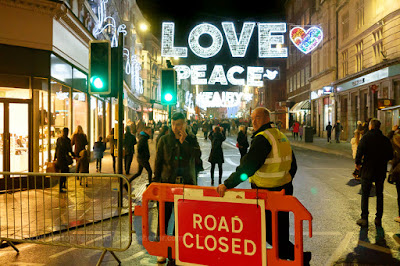 In the crowd, a hat remembering Berlin... 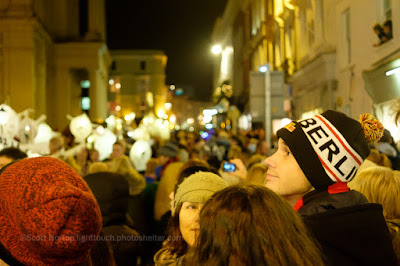